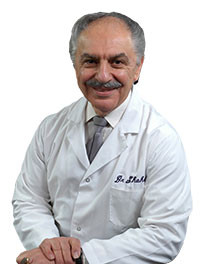 To schedule a consultation with a healthcare practitioner in Midland Park who can recommend a dumping syndrome diet and other effective treatment options, call (201) 806-6099 or contact Dr. M.T. Shahab online.

Dumping syndrome is caused by complications related to the storage of food in the stomach and empting of food particles into the small intestines. This most often occurs due to alterations in your stomach from gastric surgery. Gastric surgery, such as gastric bypass surgery , reduces the size of the stomach, leading to modifications in digestion. As a result, dietary nutrients pass too quickly into the small intestine. Nerve damage caused by esophageal surgery can also cause dumping syndrome.

Meet with a Dumping Syndrome Specialist in Midland Park
Request Your Appointment Today!